We took our DOG's name to the logical extreme and designed it to be an actual stuffed dog. The body of the dog came from a 15" "Squishables" plush toy, and it was embellished with a hat and other decorations from local craft/party stores.
​ 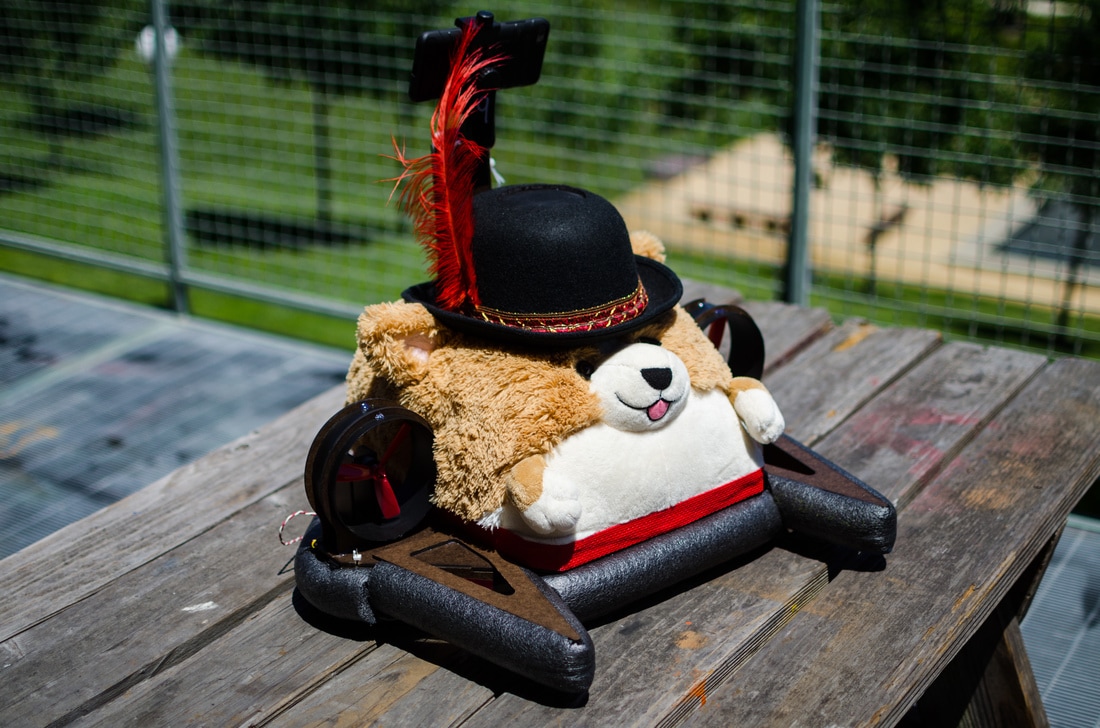 Our propulsion and steering system consists of two brushless motors and propellers, which can be driven forward, backward, or in opposite directions to allow for in-place rotation. Direction switching was accomplished with relays between the ESCs and motors (see "Electrical" section).
​
​The underside of the DOG contains a servo-actuated brake pad with a neoprene grip that can be engaged to stop the DOG from both travelling and rotating.

The lift system is based around a brushless centrifugal blower, with an inlet duct that travels up through the body of the plush dog and terminates in its hat, with a screen over the top to prevent the ingestion of foreign object debris. The fan exhaust is directed down into a flat, wide lower chamber. The airflow inflates a soft plastic skirt before escaping through rows of holes into the space under the hovercraft. By manufacturing the skirt with a consistent thickness and balancing the weight of the hovercraft, we were able to allow the air to escape evenly under the skirt, providing very low friction and minimizing erroneous thrust.

​The skirt was made by heat-sealing pieces of plastic film together using tools in the PRL room 36. It was attached to the DOG with seaming tape.
​ 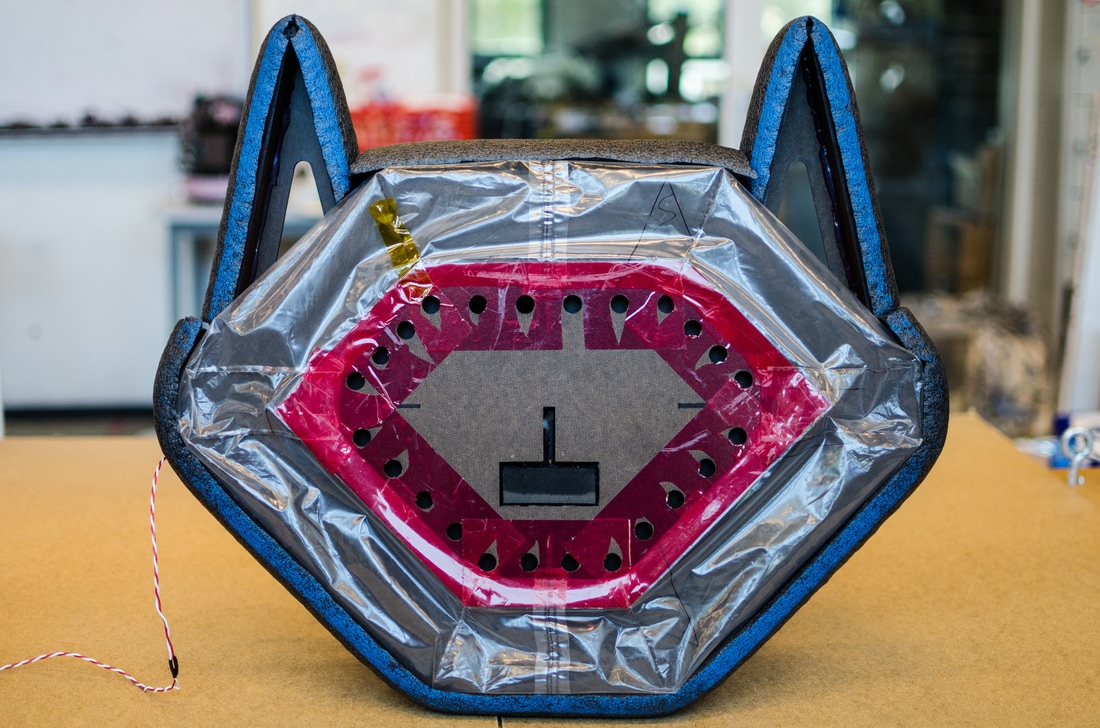 ​The phone mount required for remote operation is mounted on top of a pillar towards the rear of the bot, to get as wide and useful a view as possible. The phone mount was modified to point downwards to better suit our actual cell phone’s field of view.

Two arms were added to the front of the DOG to make it easier to herd FERRETs. The entire border of the hovercraft was given a foam pipe insulation bumper for safety.
​
​Finally, we gave our DOG realistic sound effects by putting a car speaker inside the hat and driving it from an amplifier and Arduino under the hood (see "Electrical" section). When unpaired, it emits whimpering dog noises. To indicate paired status, it starts singing "Who Let the Dogs Out."
​

As a tribute to our ME218A projects (the Cycloid Drawing Machine and Coherence), our FARMER design utilizes similar sensors, as well as similar mechanical profiles. However, as we grow more experienced as mechatronics engineers, we included some new elements and kept our design coherent with our "dog" theme.
​ 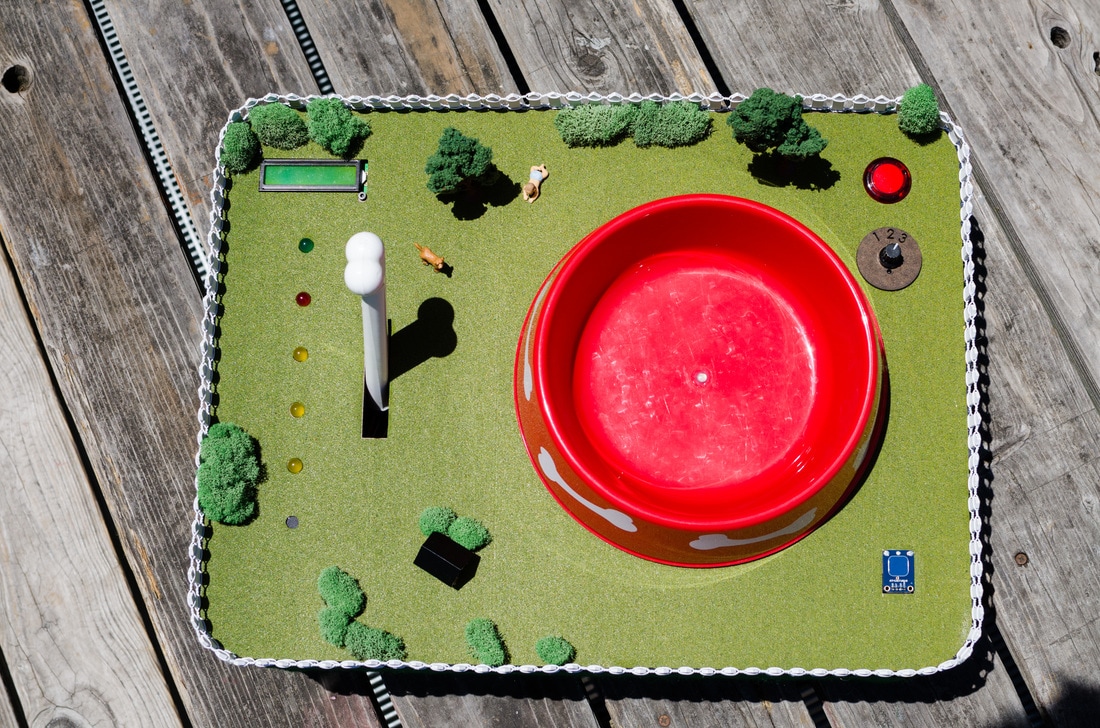 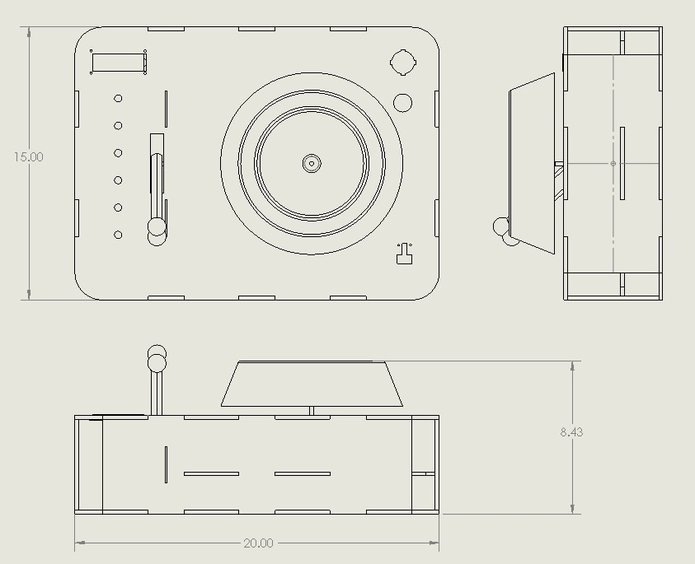 We used a capacitive touch sensor to control the brake, and we hid a microphone in our LED array, which allows the operator to activate the "special function" of any of the DOGs by clapping five times. Our farmer uses a rotary switch and a button to send out pairing request to a DOG. The operator can rotate the switch to choose which DOG they would like to control, and press the red button to initiate the pairing.

We used giant LEDs to display which -- if any -- DOG the farmer is connected to. To display the attitude of the DOG, we chose a 7-segment display (the same kind we weren’t allowed to use in 218A... because we like to be a little rebellious). Using code that we wrote way back in lab 3, we displayed the gyroscope Z axis value and several user prompts.
​ 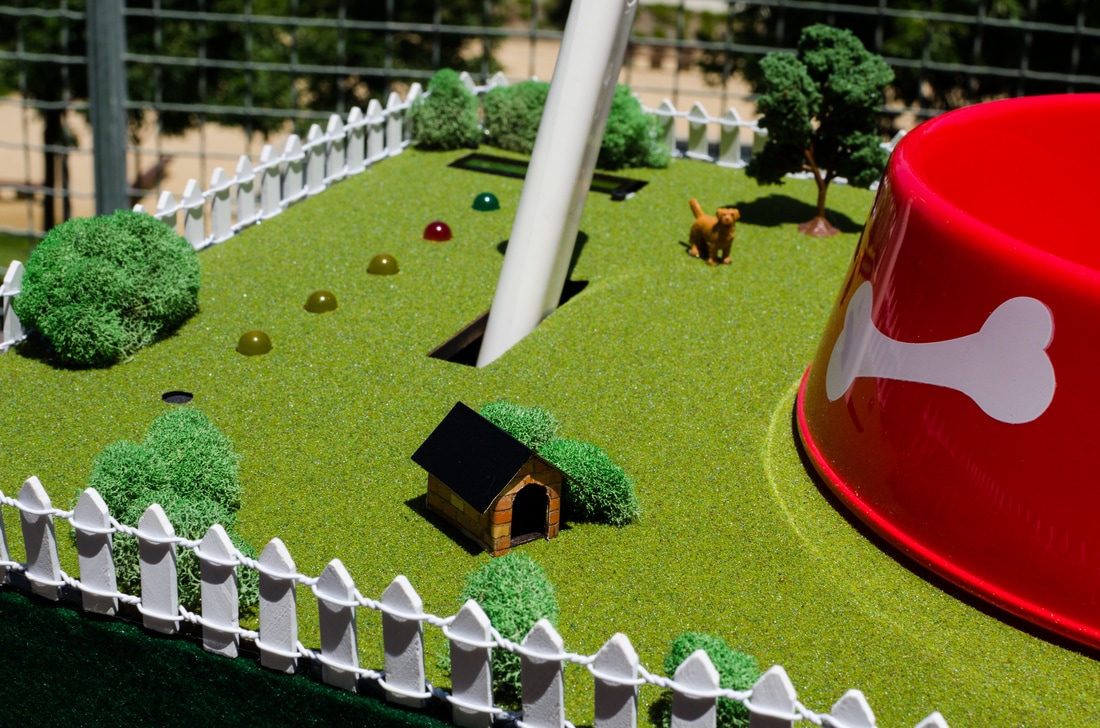 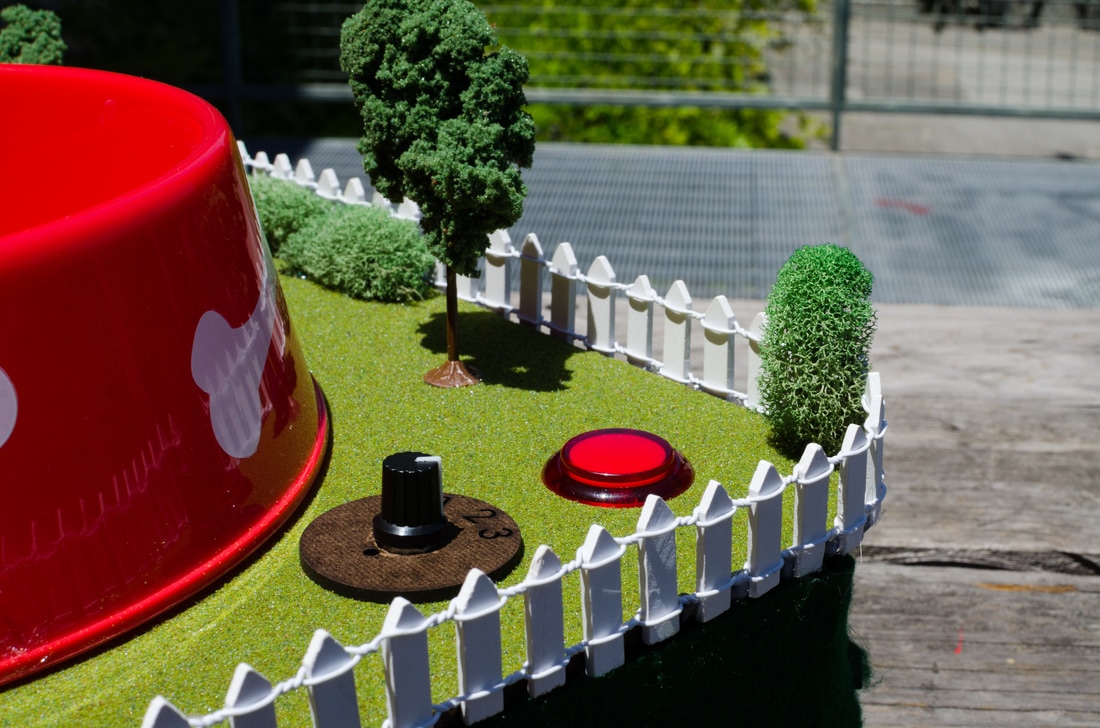 To round out our all-in dog aesthetic, we topped the farmer with grass, a picket fence, and all the furnishings of a suburban backyard -- including a tiny dog to enjoy the space. 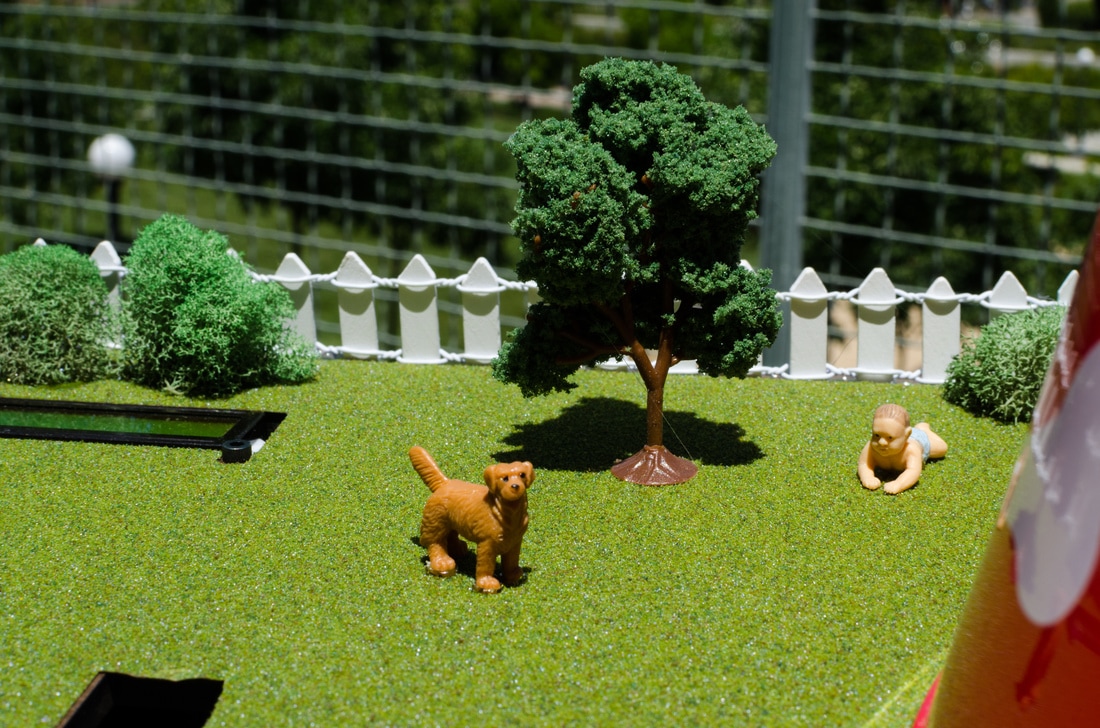